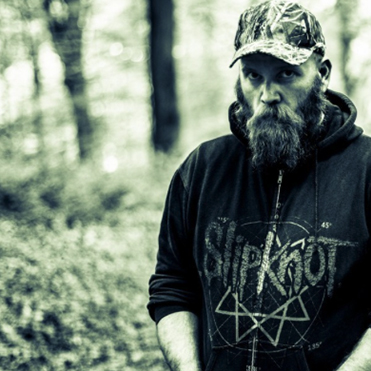 I’m a sound designer, music software betatester, a sound geek, a Content Maker and producer in the world of raw, electronic music.

What a strange name!? Probably the most common reaction on my artist name, Oddiction. Yes, it is and there is no philosophical explanation for it either. It just sounds cool. C’est ça!

Some folks might think I’m a new kid on the block and that’s alright. Always loved operating under the radar, being the musician in the shadow that hits you in the face with a sledgehammer when you pass by. The truth is; I’ve been a musician for a long time. Started out as rhythm guitarist and lead singer in a -drumroll please- metal band, but I really sucked at that. Traded my guitar for a bass, much better! Also was doing vocals and different styles in multiple bands. I bore easily, so I need to keep myself entertained. That’s the point sound design, synths, drum machines and programming came in, I’ve always been a gear-head with an absolute fetish for pedals and stomp-boxes.

Introduction into the dance scene

A big mouth and obviously some talent got my ass introduced into the Dutch hardcore scene (Gabber). It didn’t take very long to get noticed by one of the scenes pioneers. My metal background and wayward thinking made up for the lack of skills at that point. Idea exchanges became collaborations and some of those became releases. A lot of stuff didn’t make the cut for just being too odd.

My true passion always been dark, odd and raw stuff. Weird sounds, tons of percussion, repetitive and broken beats. In my own tracks there are hardly any melodies. I love weird, chaotic percussion, but odd meters and dance music usually don’t mix so well. Thinking commercially is a thing that I still have to learn today! If I just didn’t love coloring outside the box so much.

In 2011 I sold almost my entire hardware studio, wanted to follow a different path, I continued my focus on sound design and beta-testing of music products/software. To help me relax I make weird, glitch music, Breakcore and soundscapes. My sound design developed more and more by the years and I have been building wonderful friendships around the globe with other sound designers. For the last few years my presets and patches can be found in products from Rob Papen, both VST and Reason Racks.

Now, in 2018 I started field-recording to add an extra dimension to my sound design, making your own library with unusual and uncommon sounds is very satisfying work. I sculpt those sounds into other things like drum kits/ drum racks, instruments or complex waveforms. Also bought more DAW’s to work and beta-test in, currently I have the latest versions of StudioOne, Cubase Pro, Ableton Suite, Reason and Wavelab Elements. Working various angles at the moment and I have a lot of irons in the fire. In the meantime I’m also diving into social media -something I never cared much about- to grow my brand name and getting the company name Oddiction out there. Feel free to visit my social media and a follow or like of those social media profiles would certainly be greatly appreciated.