Producing professional sounding vocals to a radio ready standard has always been one of the toughest and most time consuming tasks for music producers, mix engineers and vocalists. It doesn’t have to be that way anymore.

With Vocalator Pro (VST & AU Plugin for Mac & PC) you can get radio ready vocals in an instant giving you back more valuable time to keep the creative flow going, and at the same time giving vocalists full confidence in their sound while recording helping to capture the very best performance both in the studio and live.

Join over 13,000 satisfied users and get your vocals sounding amazing today!

Get more of your songs signed to major labels.

Enjoy more gig bookings off the back of your songs.

Hear your songs on the radio.

Skyrocket streams and sales of your music!

WHO IS VOCALATOR PRO FOR?

CHECK OUT OUR USERS REACTIONS

SEE WHAT OUR USERS HAVE TO SAY ABOUT VOCALATOR PRO BELOW 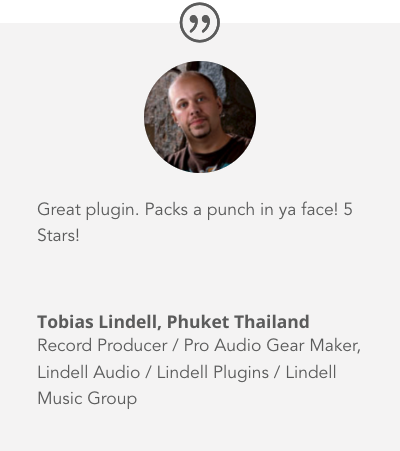 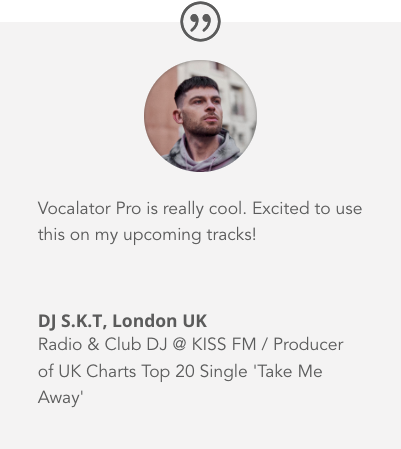 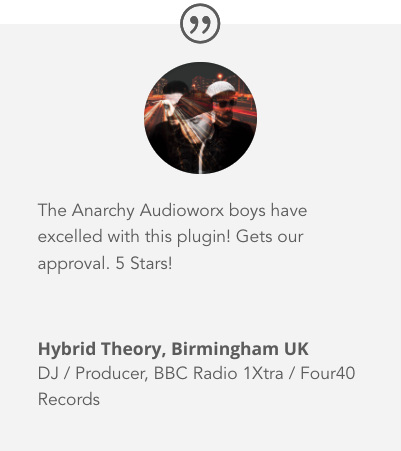 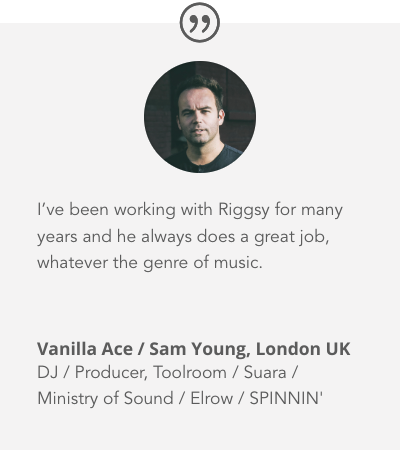 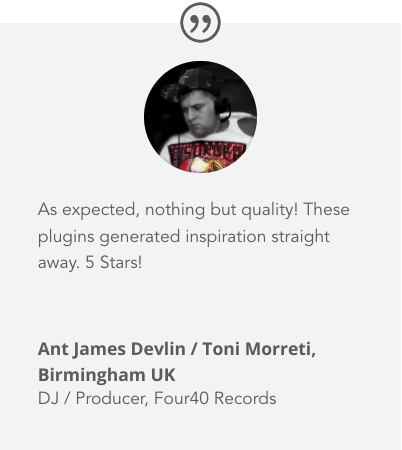 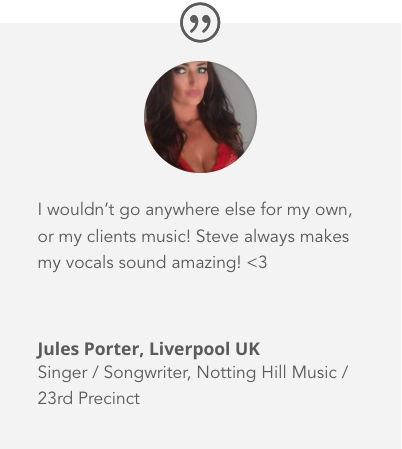 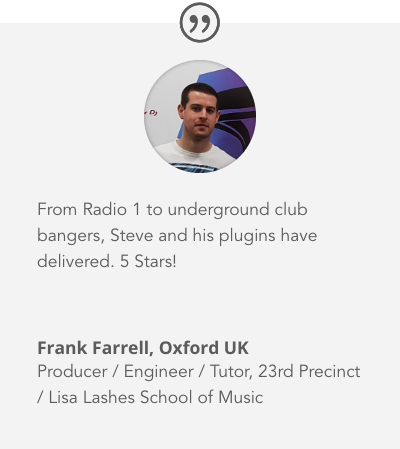 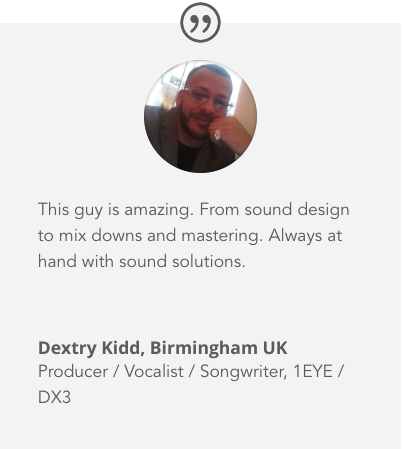 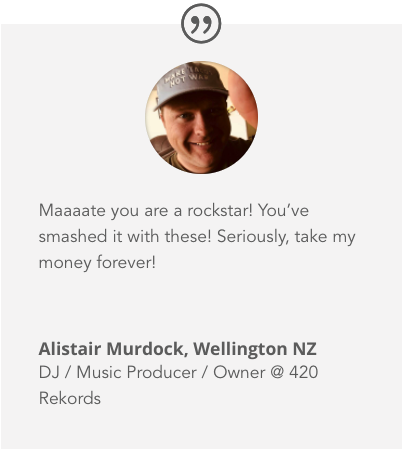 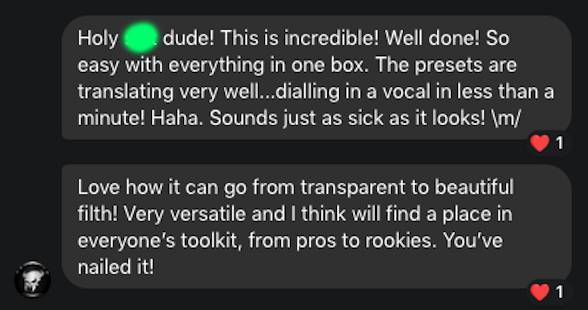 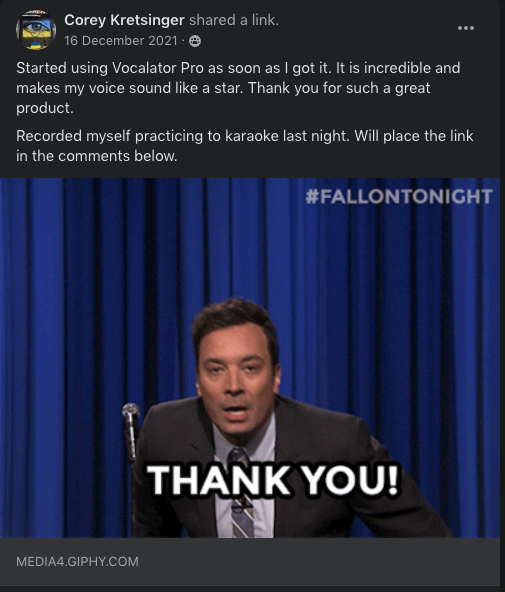 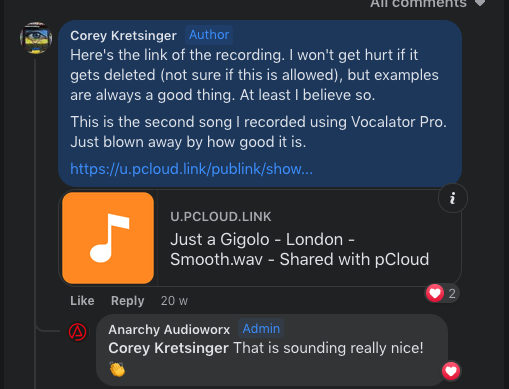 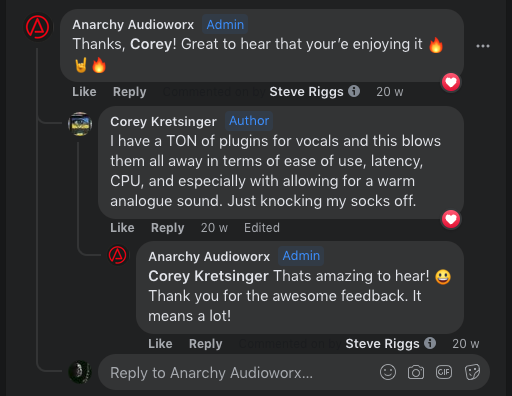 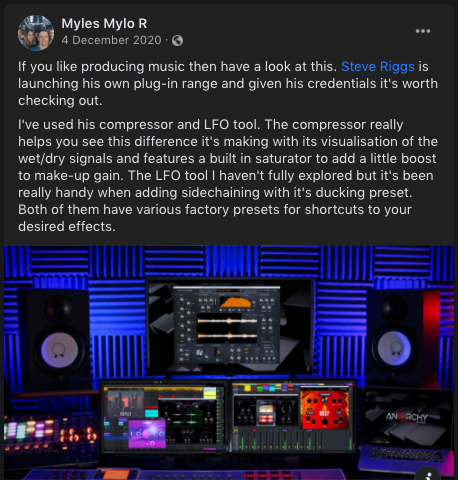 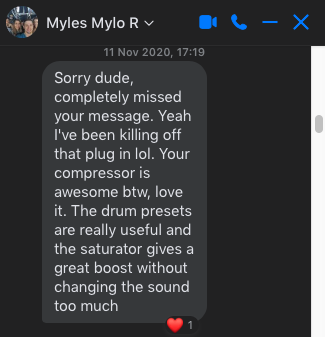 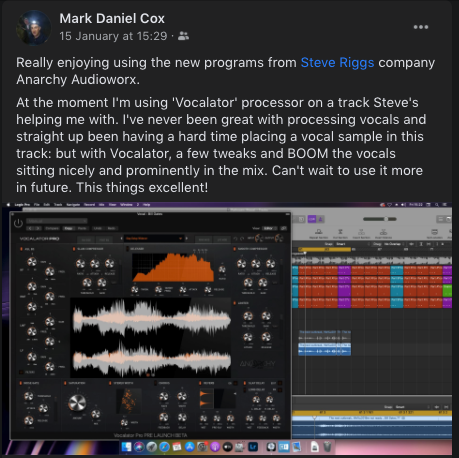 No one was paid to make these reviews, quotes, or testimonials. Nor were they asked to say good things about our products.

These are all genuine thoughts and views of actual users from all around the world.

It’s never been easier to up your vocal game.

No more jumping back and forth between multiple plugins, no more latency issues when recording, and no more wasted time.

With ready-to-go presets that cover most common genres and situations, Vocalator Pro has everything you need to get that professional vocal sound all in one place. 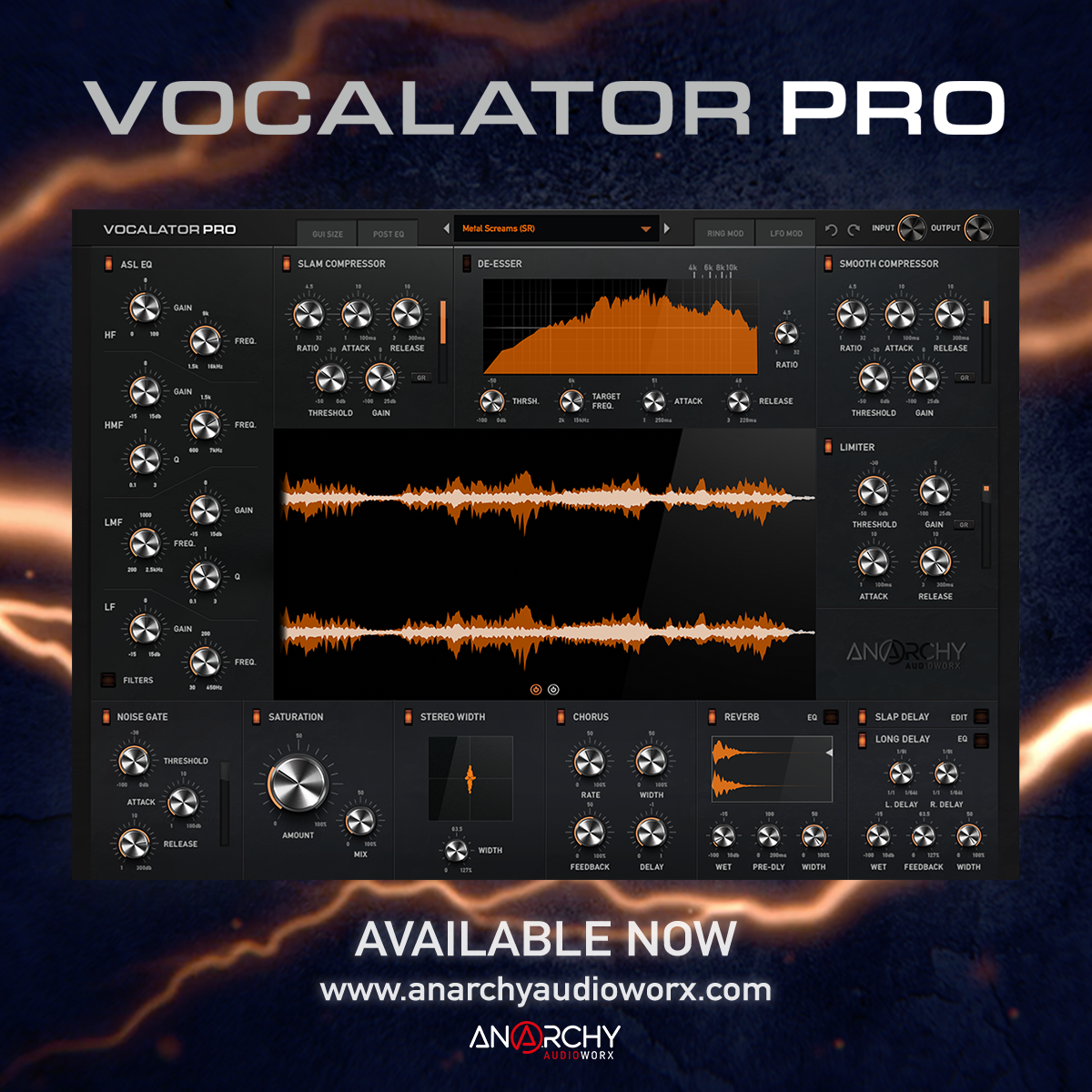 Vocalator Pro is a 19-in-1 full vocal production suite that helps you get that radio ready polished vocal sound in an instant.

Not only has this never been done before in VST/AU software form having 19 high-end plugins all rolled into one slick interface for a fast and convenient intuitive workflow, Vocalator Pro’s ‘one-click radio ready’ presets will save you and other mix engineers, producers, vocalists, live performers, podcasters & voice over artists around the world HOURS of painstaking tweaking usually needed in every session, giving you back more valuable time to keep the creative flow going and focus on the rest of the mix, while at the same time giving vocalists full confidence in their sound while recording helping to capture the very best performance both in the studio and live. Check out the full feature list and videos below.

Vocalator Pro was designed to demystify and simplify the complicated process of creating a polished professional vocal sound making great sounding vocals accessible to everyone as simply and quickly as possible, without the need for long chains of CPU hungry, latency inducing plugins, or spending thousands of pounds on a studio full of expensive hardware.

We wanted to bring you an intuitive tool to get you that high level radio ready vocal sound in an instant, and to have all of its features accessible from one intuitive interface with tons of tweaking possibilities so that you can get the exact sound that you are after to suit any project. Choose from the organised library of presets to make professional vocals suited to any genre of music or voice style as well as cool experimental effects, and fun sci-fi & robot voices. 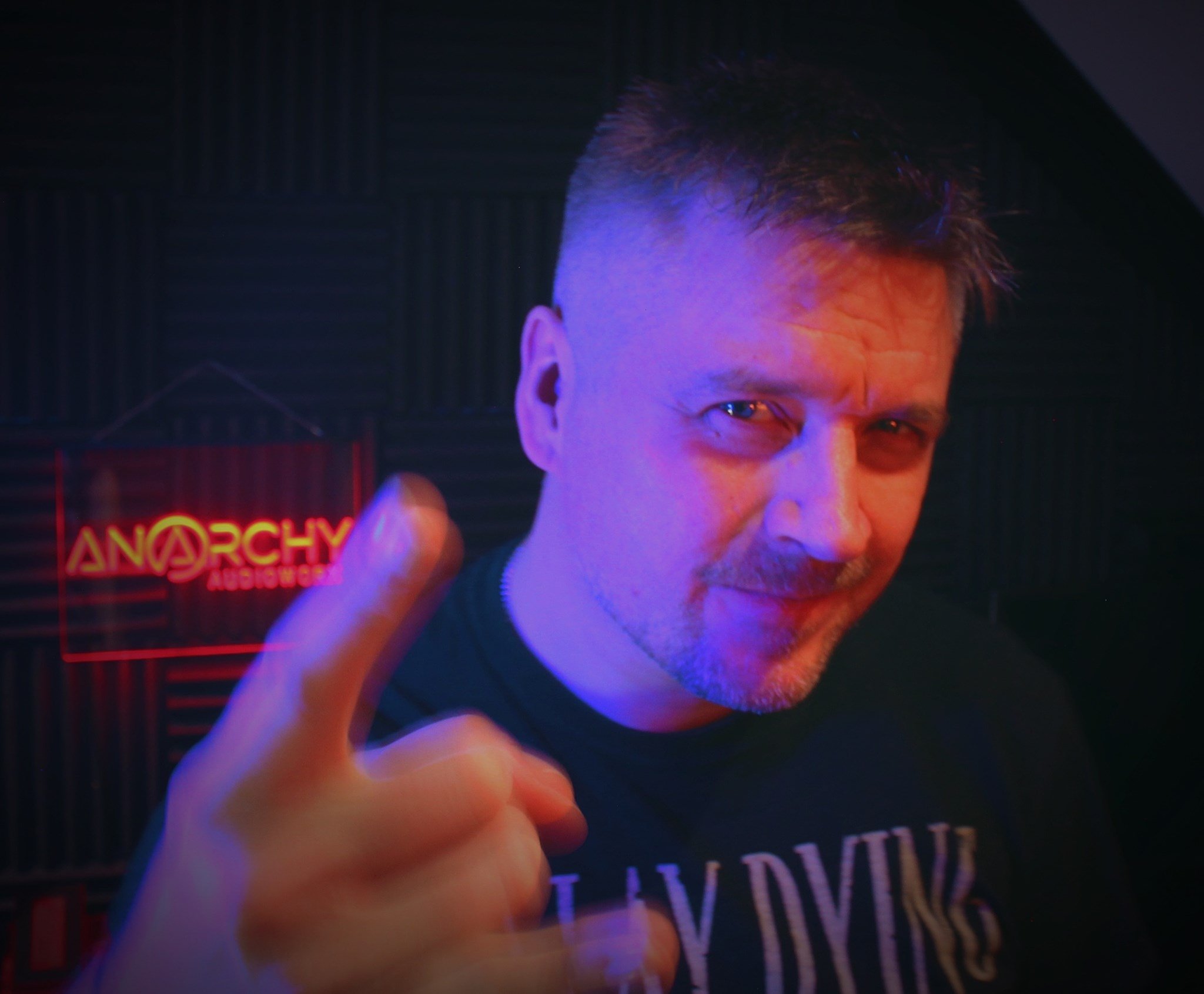 I’ve been a music producer, studio engineer, and touring DJ for the past 22 years.

I’ve been lucky enough to remix for artists such as Deadmau5, Yolanda be Cool and Robbie Rivera, and I’ve performed at amazing venues around the world such as Tresor in Berlin, Ibiza’s Es Paradis and Trackside at the Abu Dhabi Formula 1.

Over the years in the studio I’ve started to realise how easy it can be to get pulled out of the creative flow and to disappear down the rabbit hole of gear and plugins. Don’t get me wrong, I love a new bit of kit, but I now understand just how important it is to choose the right products that’ll make my life easier and help me focus all of my attention on actually making music.

So I taught myself how to code and built a team of designers, developers and sound engineers here at Anarchy Audioworx, all of us practicing musicians and producers.

Over the past couple of years, we’ve been analysing our own creative processes to identify the common pain points and the places where we just couldn’t find the right tools for what we wanted.

Initially we were simply looking to fulfil our own needs by building plugins for ourselves, but once we’d developed working prototypes we reached out to producers, artists and performers across the music industry and realised that those same issues we found were far more universal than we first thought.

So that became our goal as a company – to remove the barriers to creativity – making music creation easier, faster, and more fun for artists at any stage of their journey. 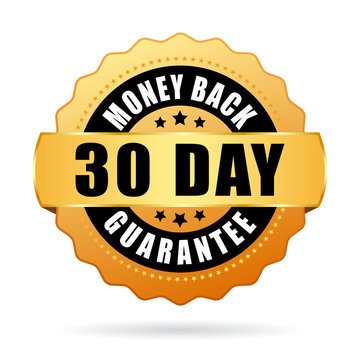 WE'RE SO CONFIDENT THAT VOCALATOR PRO WILL MAKE YOUR VOCAL PRODUCTION EASIER AND MORE FUN, IF AFTER 30 DAYS YOU'RE NOT COMPLETELY SATISFIED WE WILL GIVE YOU 100% OF YOUR MONEY BACK, NO QUESTIONS ASKED

Do your plugins work on Mac M1 computers?

Yes, they do. They will run as normal via the Rosetta Intel to ARM bridge.

What DAW's do they work in?

Can I use Vocalator Pro on stage when performing?

Yes. The low latency and low CPU usage of Vocalator Pro makes it perfect for live use, and also for use while tracking vocalists live in the studio so that they can hear the effects and compression in their headphones. These effects can all be edited after recording too and are not embedded into the recording.

How do I use your plugins?

In all of our plugins, there is a direct link to video tutorials and quick start guides. Just go to the 'about' page inside the plugin by clicking on either the Anarchy Audioworx logo, or clicking on the logo for the plugins name itself.

DISCLAIMER: We cannot guarantee that you will get your songs on the radio or signed to labels etc if the song itself sucks. If you have great songs but it’s just the production that needs work, then we’ve got you covered as these plugins will all enhance your production sound massively. But please remember that it all comes down to the quality of the song itself in the end. We cannot guarantee that you will write great songs.